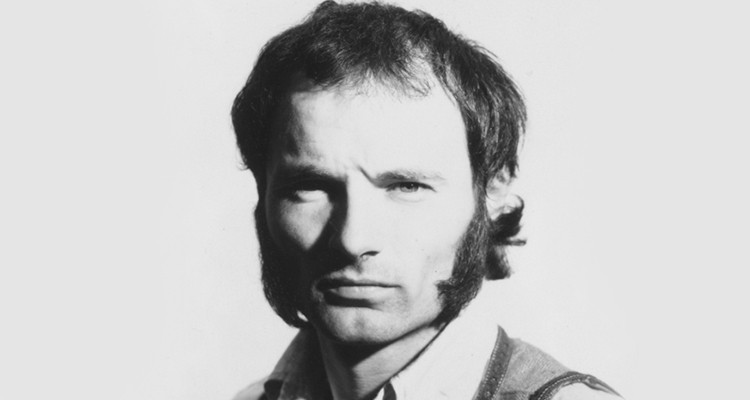 In Memory of Michael Chapman

Michael Chapman took his last breath on Friday the 10th September 2021, four days shy from celebrating his 55th anniversary of partnership with his soulmate Andru.

“Please raise a glass or two to a gentleman, a musician, a husband, a force of nature, a legend and the most fully qualified survivor” Andru Chapman.

Michael’s music reverberated in his home, and countless thousands of homes across the world for well over fifty years. Covid restrictions had curtailed his troubadour lifestyle whilst enabling his most prolific period of songwriting for quite some time. In recent weeks he had taken to mastering his latest acquisition, a 12 string Danelectro electric guitar, which was due to make a stage debut during his forthcoming shows next month, which would have been his first concerts since the start of the pandemic.

As far back as 1970 BBC Radio One’s disc jockey John Peel had exclaimed Michael to be “one of my favourite singers” not only on his influential radio show, but also when introducing David Bowie and Bowie’s side kick, guitarist Mick Ronson, at a BBC live session. Ironically it was Michael Chapman who had insisted this talented young guitarist from Hull come along to London to perform at the recording sessions for his then forthcoming album ‘Fully Qualified Survivor’, which became Michael’s most revered album throughout his career of plentiful musical fruit. For Ronson it marked his first appearance on a record and throughout Michael’s career he would champion, inspire and encourage musicians who more often than not would become more of a household name than himself.

Michael forged his own musical trajectory, willfully oblivious to trends, fads and the trappings of expectation that usually surrounds musical fame, he just followed his muse, alternating between modes that stretched from singer-songwriter folk-y-ness to electric ‘band’ rock and challenging feedback drenched sonic outings. Somewhere in-between he found time to collaborate with artists such as Thurston Moore (Sonic Youth) and Ehud Banai, always at their request, he remained genuinely surprised whenever approached to collaborate with artists who professed an admiration for his work.

The fame he may have missed out on by not having a recognisable chart ‘hit’ – in official chart terms – was more than overshadowed by cumulative album sales over five decades and the regular cover versions recorded by both his peers and younger artists he inspired. Over the years he built a loyal fanbase who followed his annual touring schedule and wore the ‘in the know’ notoriety of their hero as a badge with pride. In return Michael was always happy to extend in-person access to them at his shows. Michael’s incomparable style inevitably oscillated between periods of seeming to be out of step with periodic fads only to be followed by sudden rediscovery usually when a ‘tastemaker’ would wave the Michael Chapman flag which served to refresh his name with those who knew his music, and tickle the inquisitiveness of those that did not.

When Lucinda Williams covered his song ‘That Time Of Night”. Michael would often tell the tale that Lucinda had told him that she had tried to email him an invite to perform it with her onstage – which he would have loved to do – save for the fact that Michael neither had a computer or any concept of ‘email’; and when Michael was invited to perform on Jools Holland’s flagship BBC show ‘Later…’ he shared the spotlight with Ed Sheeran ensuring a maximum audience for his own performance.

When asked about life in music Michael would often say that he started performing as a singer/songwriter during a trip to Cornwall in 1967 when he was strapped for money and offered to sing a short set in return for the price of admission to a Cornish Folk Club, and never stopped. In fact, it was at a Folk Club gig in Cornwall the following year that an A&R from Essex Music heard his music and introduced him to his boss David Platz, who offered Michael a publishing contract. David had just started a production company with Gus Dudgeon called Tuesday Productions and on hearing Michael’s songs he was signed to Tuesday who booked him into Regent Sound Studios recording a complete album in the very same month.

Essex Music had an ongoing relationship with EMI Records at the time, who were releasing their artists’ records through the Regal Zonophone imprint. Malcolm Jones, the EMI A&R liaising with Essex, was establishing the legendary Harvest record label at EMI when he heard Michael’s music and signed him instantly. On the 6th June 1969 Harvest was christened with their first batch of releases: two 45s and four long players which included Michael’s debut 45 ‘It Didn’t Work Out’ b/w ‘Mozart Lives Upstairs’ alongside his debut album ‘Rainmaker’.

‘Rainmaker’ garnered critical acclaim from the music press and radio but it was Michael’s follow-up album ‘Fully Qualified Survivor’ that cracked the official Top 50 album charts in March 1970 and remains his most loved and listened to album. Featuring Mick Ronson’s (David Bowie) first appearance on a record alongside Rick Kemp (Steeleye Span), Barry Morgan (Blue Mink) supplemented by Paul Buckmaster’s exceptional cello arrangements, contributed to its status as a classic album.

Michael maintained his publishing links with us as various record labels released around forty albums. In 2017 Michael joined forces with guitarist/producer Steve Gunn whose empathy with Michael inspired a new lease of songwriting life that bared fruit with two stunning albums ‘50’ and ‘True North’ that once again found the troubadour enjoying a resurgence of interest and a new generation of fans.