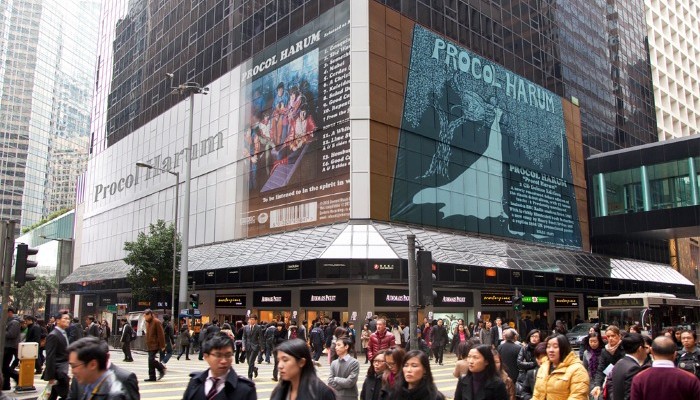 It is a safe bet that anybody viewing this post knows the story(ies)  of ‘A Whiter Shade of Pale’. Isn’t it?  Over the years it has been updated and supplemented with morsels of information, slivers of new memory recall and the rule of law. But still the ‘holy grail’ of the first demo recording of the song remains as elusive as ever.

And so to the newly remastered, expanded and repackaged edition of Procol Harum’s debut album, courtesy of Esoteric Recordings.

Every few years when stocks of an edition run out there’s the impetus to not re-press but use the opportunity to re-present it and refresh interest. Banking on loyal fans is inescapable, and never underestimated, but the chance to offer a revised insight into an artist’s formative years that could capture the ears of a listener who has not had the pleasure of experiencing the music therein is always a goal.

Money for old rope?  Well, maybe it can be viewed as the voluntary equivalent of the bane of modern life, the mandatory ‘version update/device upgrade’ which is unavoidable, usually costly and comes with a level of frustration that grates on ones nerves until a level of familiarity with the said update ensues.

There is a straight forward edition of ‘Procol Harum’ (the album) with a few whistles and no bells, and then there is the Deluxe Edition chock full of both!

As well as the remastered original album the Deluxe edition collects non-album single tracks from the period, some choice session outtakes, alternate mixes – both mono and a couple of handfuls of stereo mixes too, rare songs (like ‘Understandably Blue’) and previously unreleased BBC session tracks recorded around the time of the album.

That’s 37 tracks, check the photo herein, with remastered sound, remixed liner notes from the band’s biographer Henry Scott-Irvine with even more unearthed fact-o-philia, some great photos and a replica of the promotional poster for the original album.  Phew, just listing the contents is exhausting.  But listening to the music and reading the booklet is a sheer joy.

The tracks on the original album were in fact the band’s second attempt at recording the album. Quite a few months had already been spent at the prestigious Olympic Studios recording the first version of the album, which was summarily ditched, which in itself is reflective of their phenomenal work rate.

For all it has sold over the years, it remains an overlooked album in the canon of popular music debut albums, and captures a unique band with a unique sound, in the first flush of their creativity shaping their unique songs into timeless gems.  In an era where formula was often encouraged, Procol Harum started with their own drawing board and progressed thereafter.