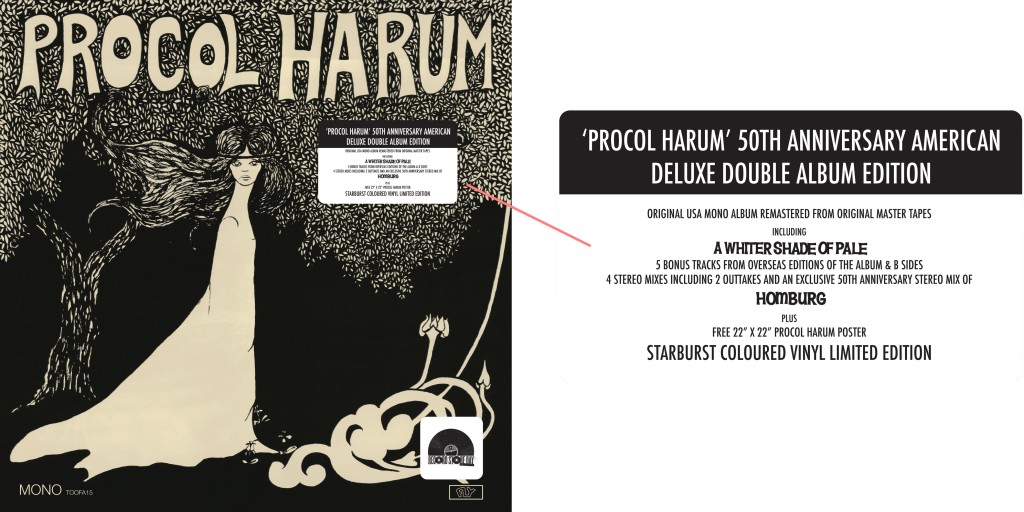 An expanded re-issue of the group’s original 1967 American mono album which charted at #42 in Cash Box and on the Billboard chart at #47 in December.

Following the American release the album was released around the world in a number of different editions. In the UK & Australasia the album omitted the hit single but included ‘Good Captain Clack’, released in America as a single b-side.

In Europe, South-East Asia and South Africa the album omitted the hit single but included their follow up single ‘Homburg’.

In South America the album was altered more radically including ‘Absolutamente Correcto’ (aka Quite Rightly So) and ‘En Lo Que Duran Seis Peniques’ (In The Wee Small Hours Of Sixpence) as well including a liner note by Keith Reid.

The Italian version of the album was the most distinct variant, substituting the iconic black and white cover for a pink and white version, whilst the record itself included an alternate version of ‘Homburg’ – not the version which was released as a single – and ‘Il Tuo Diamante’ an Italian language version of ‘Shine On Brightly’. 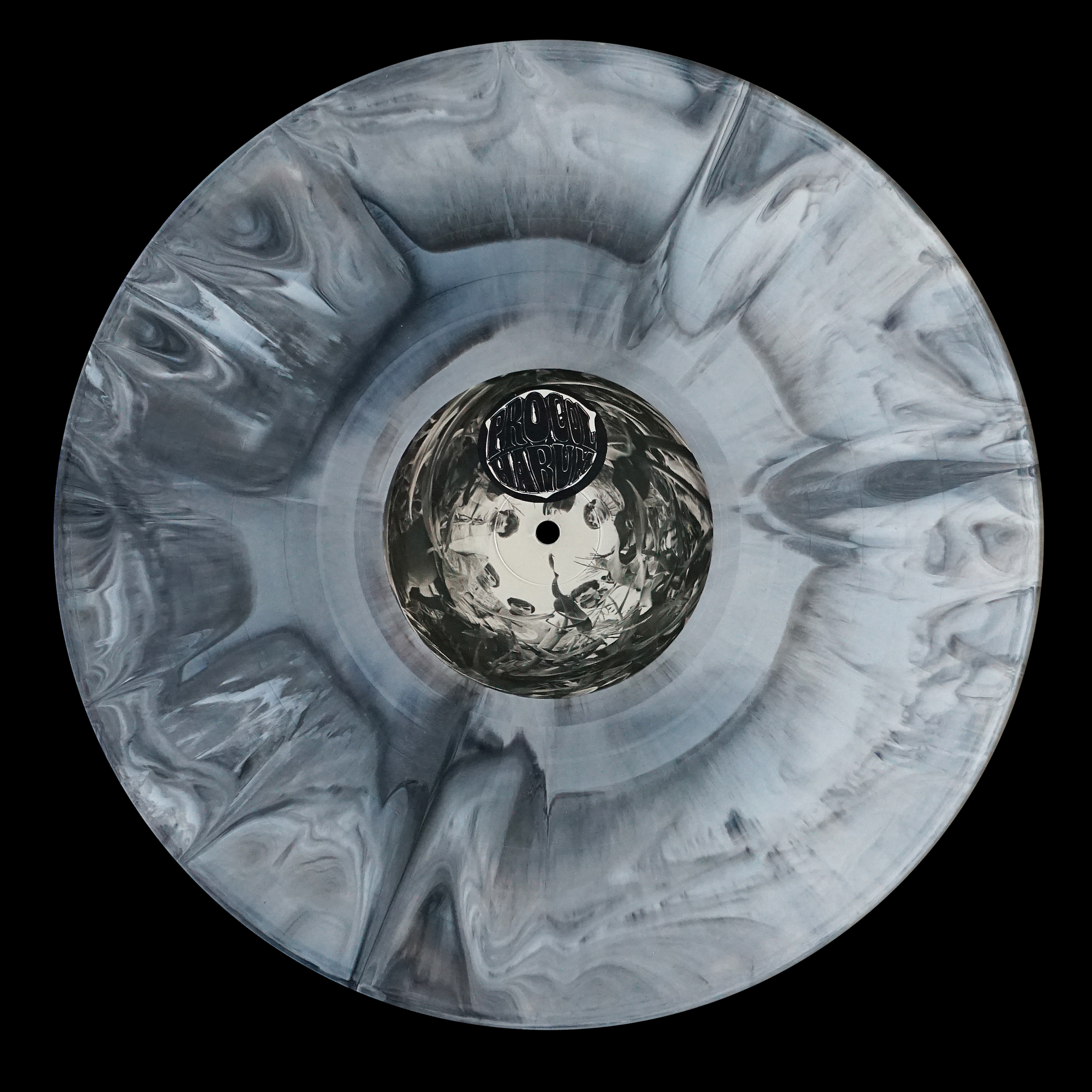 Disc One (black and white starburst colored vinyl): the America album remastered from analogue master tapes and re-released for the first time since 1967. It includes their hit single ‘A Whiter Shade Of Pale’ 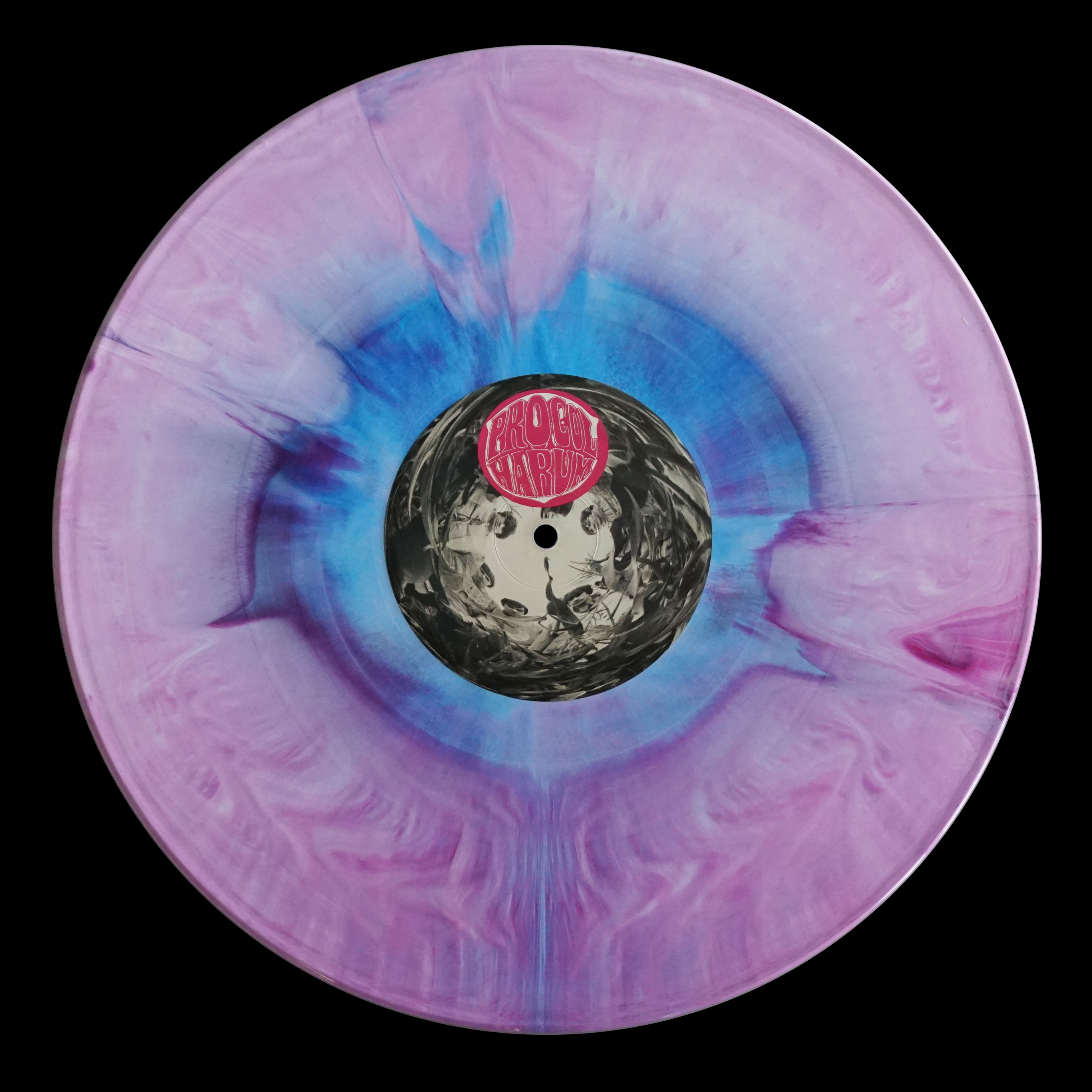 Disc Two (pink and white starburst colored vinyl): singles and tracks only included in international editions of ‘Procol Harum’, many previously unreleased in America, plus studio outtakes previously unreleased on vinyl and a 50th Anniversary full length stereo mix of ‘Homburg’ which is exclusive to this RSD 2019 edition


Distributed in the USA by 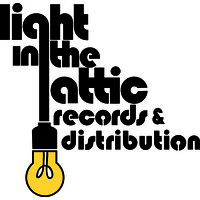 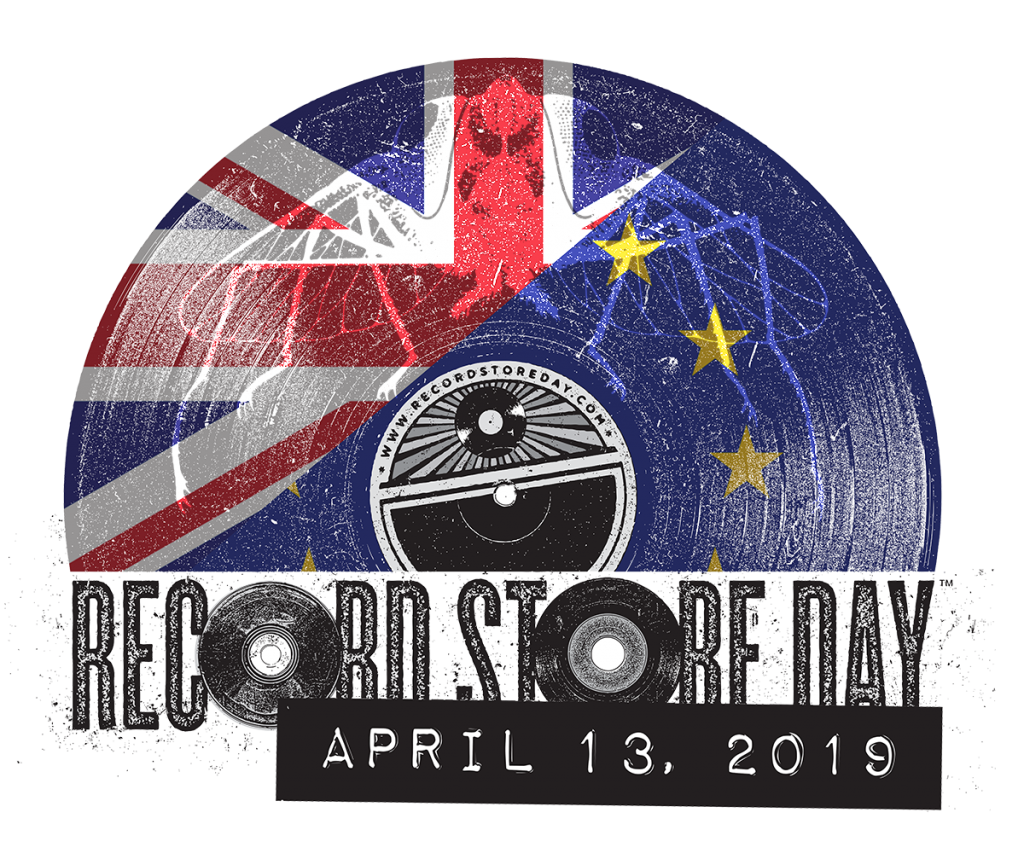 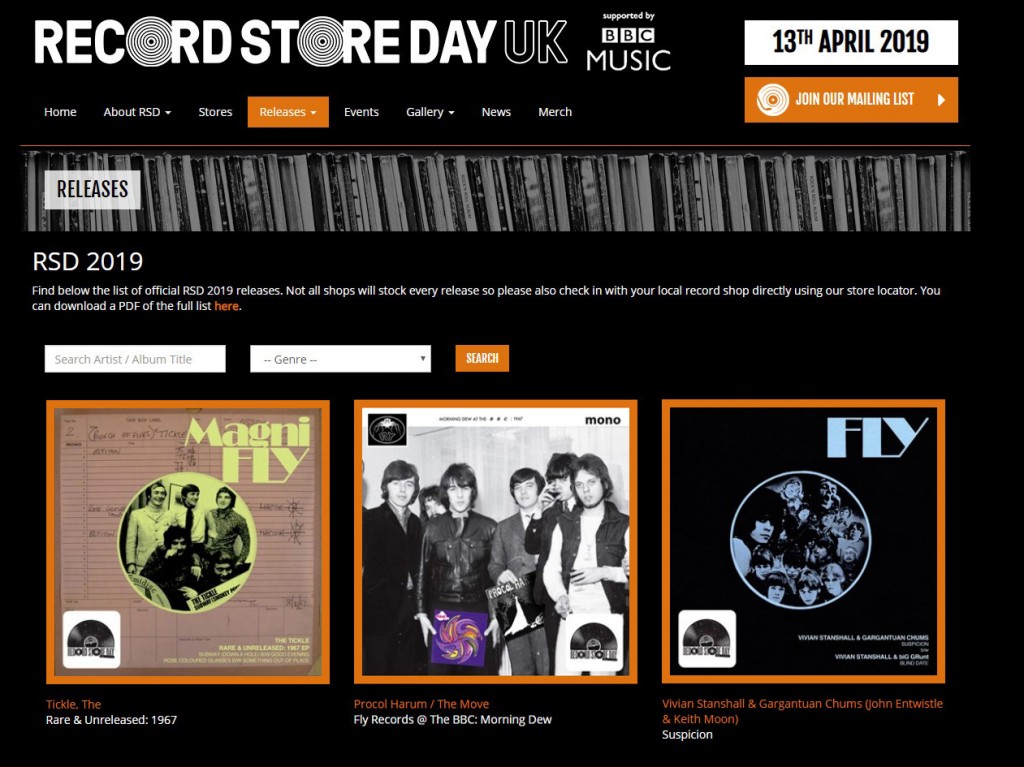 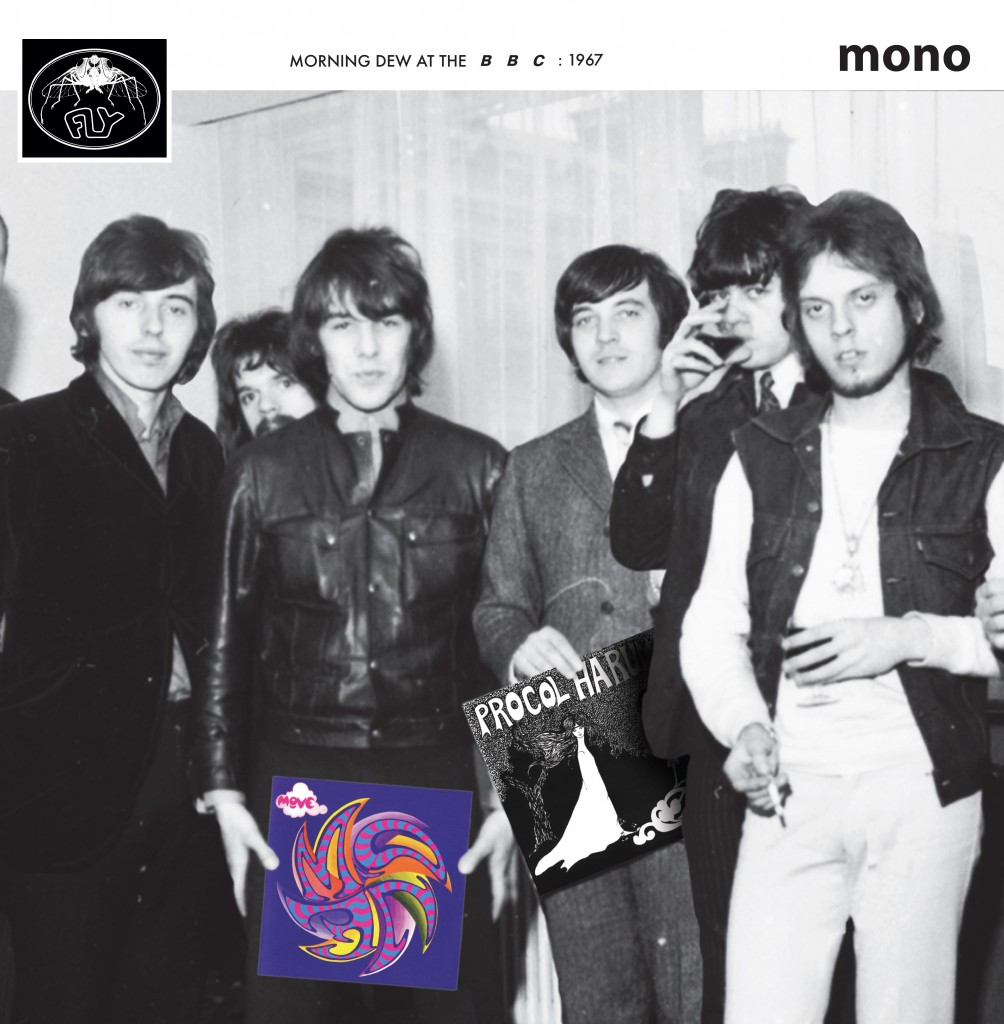 In 1967 Procol Harum & The Move burst onto the Pop scene. Before Radio One was launched, both bands recorded Bonnie Dobson’s ‘Morning Dew’ at recording sessions for the BBC’s THE LIGHT PROGRAMME station. Brian Matthew’s ‘Easy Beat’ show aired their versions and they are released on vinyl for the first time as a taster for a forthcoming series of ‘…at the BBC’ albums on Fly Records.

An exclusive limited edition 7” featuring both group’s 1967 versions of ‘Morning Dew’ is released for RSD 2019 on opaque white vinyl and housed in a picture sleeve celebrating the two groups joint launch for their respective debut albums in 1967.


FLY RECORDS launched in October 1970 with T. Rex’s first 45 ‘Ride A White Swan’ which gave Marc Bolan his biggest hit to date reaching #2. FLY closed the year with a mid-December 45 by Vivian Stanshall – one of FLY’s rarest and kookiest 45s.

Bonzo Dog Doo-Dah Band frontman Vivian Stanshall’s surreal comedic wit had attracted kinship with THE WHO’s wild drummer Keith Moon. When the Bonzos split up Vivian formed Big Grunt and with Moon in tow recorded a single. ‘Blind Date’ was rumoured to have been written for Matt Munro – nigh impossible to imagine. Moon brought along bass’n’brassist John Entwistle to the session possibly as an antidote to The WHO’s yearlong promotion of rock opera Tommy. An almost instant rarity on release it remains the only known recording by the Gargantuan Chums as well as Keith Moon’s only record production.

Originally the 4th single release on Fly Records (BUG4) this premier re-issue is remastered and reissued exclusively for RSD2019 on trans-yellow vinyl, housed in a pic sleeve and limited to 500 copies.  As Fly approaches 50 it is the first in a series of celebratory reissues. 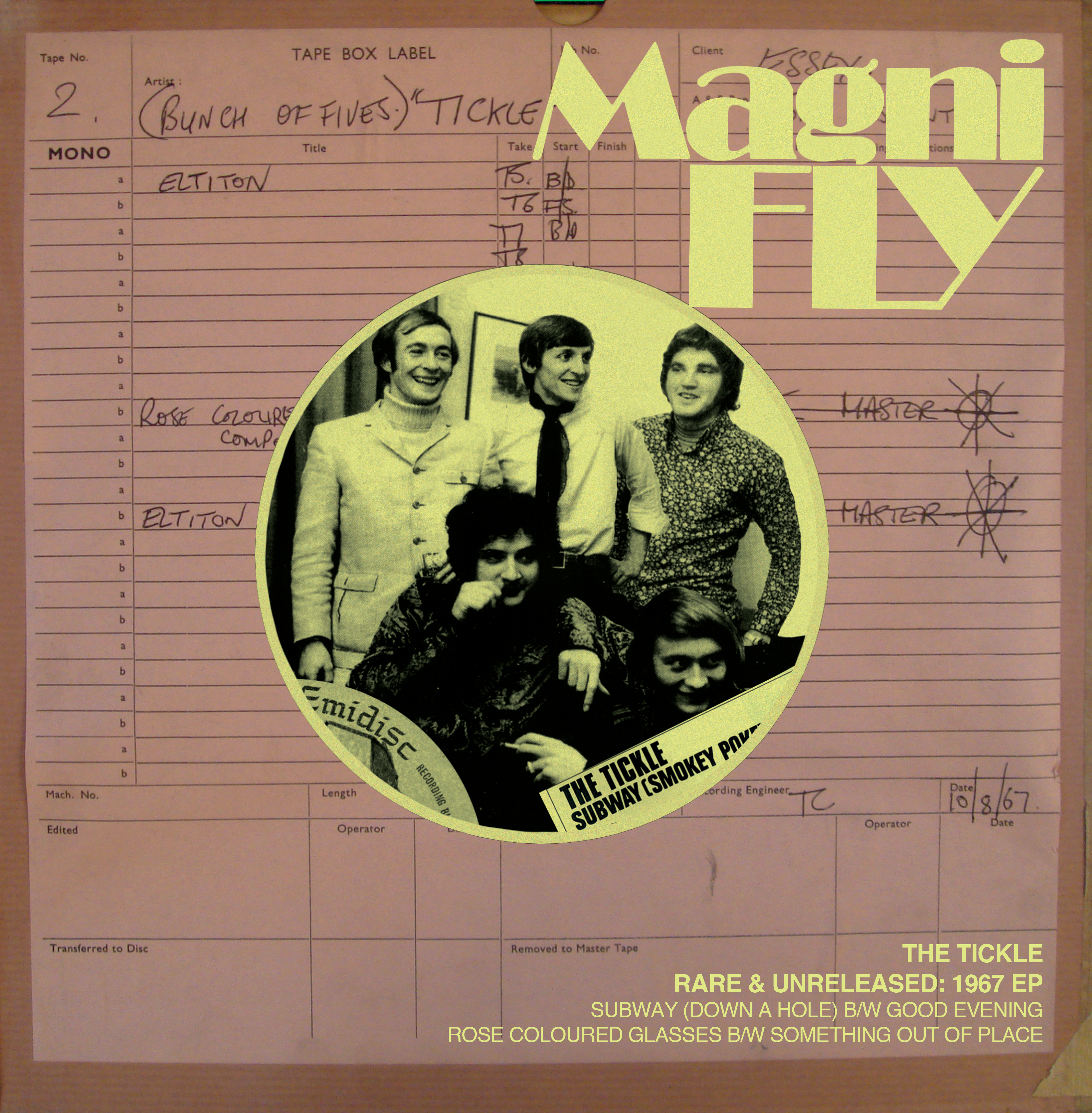 50 years ago DAVID BOWIE released ‘Space Oddity’ which transported him into pop orbit.  The memorable out-of-this-world guitar on the track was provided by MICK WAYNE who had first worked with Bowie in 1967 alongside TONY VISCONTI who was kick-starting his career as a producer. Visconti also produced Mick’s band after rechristening them from the Bunch Of Fives to THE TICKLE.

THE TICKLE’s debut 45 ‘Subway (Smokey Pokey World)’ was released in September 1967 but failed to chart and the group split up leaving an unreleased 45 in the can.

Mick is a somewhat unsung hero from Bowie’s orbit, overshadowed by the ‘other’ Mick, but ‘Subway’s hooky psychedelic guitar driven blast of London Town rock has made THE TICKLE’s only 45 a much desired cult record that has acquired of a value of over £700.

FLY Records will continue the Mick Wayne / Bowie connection with a special expanded vinyl re-issue of Mick’s next band JUNIOR’s EYES one and only album, ‘Battersea Power Station’ which will be released later this year to coincide with the 50th Anniversary celebrations revolving around ‘Space Oddity’.